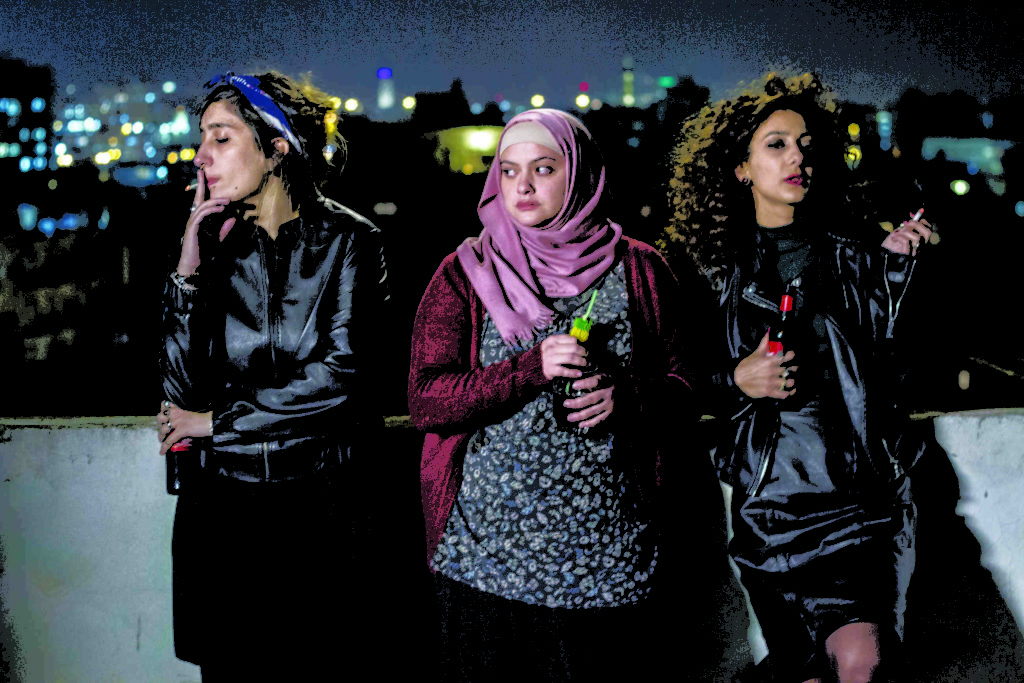 THIS FILM HAS BEEN RESCHEDULED TO THURSDAY 26 APRIL.  THE ORIGINAL SCREENING DATE WAS 19 APRIL.

Three female flatmates in Tel Aviv fight the constraints of their Muslim faith and families in an inspiring directorial debut.

While films and TV series about the trials and tribulations of female friends living, loving, and working in a big city may be fairly common (‘Sex and the City’ and ‘Girls,’ to name two), Arab-Israeli writer-director Maysaloun Hamoud refreshes the genre’s tropes with her energetic feature.

Layla, Salma, and Nour – three Palestinian women with Israeli citizenship – share an apartment in the vibrant center of Tel Aviv. Despite being ‘independent’, each of them struggles with the restrictions imposed on their lives by a blinkered society

What makes this spiky dram/comedy so compelling are the Palestinian-Israeli protagonists, whose split lives have rarely been depicted on screen. These strong, modern, sexually active women, living away from their families and the weight of tradition, struggle to be true to themselves when confronting the expectations of others.

Director Maysaloun Hamoud on why her Palestinian film ‘In Between’ is universal.

A brave film befitting its brave depiction of women. ★★★★ – The Irish Times