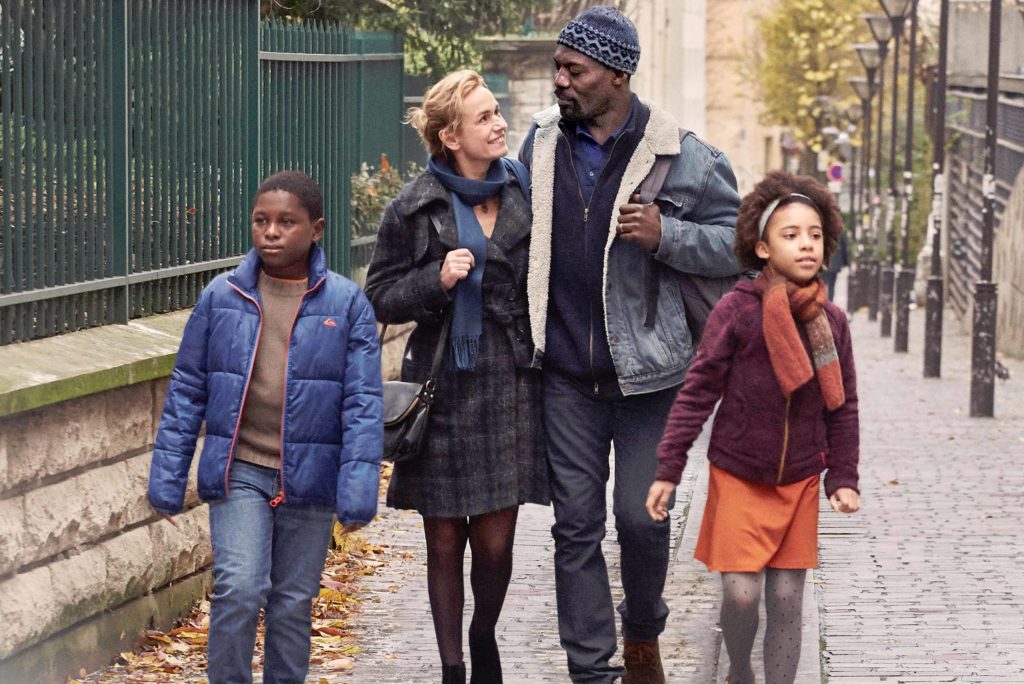 The pride, pain and desperation of an educated African refugee family in France is portrayed with compassion and a sharp edge.  For the college professor at the heart of this searching film, his loss of dignity is the most bitter pill.

Abbas, a college professor and father of two, seeks political asylum in France after fleeing the civil war that has raged in the Central African Republic since 2013. Widowed when his wife died in attempting to escape the country with him, he has since met Carole, who consoles him in his anguish at the French immigration system.

Two years of waiting finally elicit a response from the authorities. Everything he holds dear, including his hopes for both his future and those of his children, lie in their decision. Compelling performances from both lead actors, while director Haroun masterfully contrasts the intimacy of human relationships with the cold bureaucracy of a vast, impersonal system.

A deeply felt, compassionate film about refugees who find that one of their bitterest abasements is the loss of dignity and status. – The Guardian ★★★★

A jolting drama with the most shocking scene of the year. – The Irish Times ★★★★

The film builds toward an explicit condemnation of Europe’s handling of the refugee crisis, encouraging the viewer’s fury at the family’s forced circumstances. – The New York Times

Warm and subtly heartbreaking, offering a moving vision of life for those stuck in legal and emotional limbo. – The Hollywood Reporter 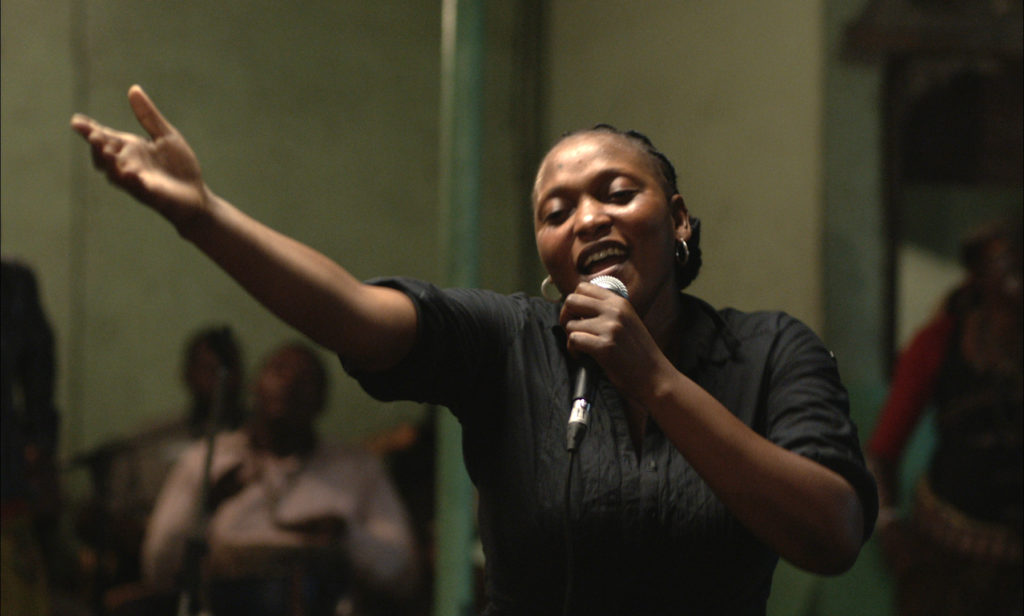 A heroic central performance from the Congolese actress Véro Tshanda Beya Mputu is reason alone to see this gripping drama.

Franco-Senegalese film-maker Alain Gomis has created a film portrait in an ambient social-realist style, showing us a woman called Félicité: a bar singer in the tough streets of Kinshasa in the Democratic Republic of the Congo. Gomis leaves it up to us to determine the precise level of irony in her name.

Véro Tshanda Beya Mputu is a formidable presence as Félicité, a single mum of a tearaway teen boy Samo (Gaetan Claudia), for whom she must stay strong. She is scratching a living with her music, evidently bruised and humbled by the reverses of her life, drifting into a relationship with Tabu (Papi Mpaka), the boozy, unreliable guy who once came to repair her fridge.

Then her son has a motorbike accident and the hospital needs a million Congolese francs (about £500) before surgery can be carried out. Félicité must now go around to the people in her life asking variously for loans, or the money that she is owed – a process that exposes the fault lines in her own life. This is interspersed with scenes of her singing with her band and also, mysteriously but arrestingly, the Kinshasa Symphony Orchestra playing pieces by Arvo Pärt.

Cinematographer Céline Bozon contrives tremendous streetscape scenes around Kinshasa itself. It’s a film with seriousness and compassion, though a little lengthy and diffuse. Dramatic storm clouds gather and pass overhead without ever quite bursting into rain. – Peter Bradshaw in The Guardian 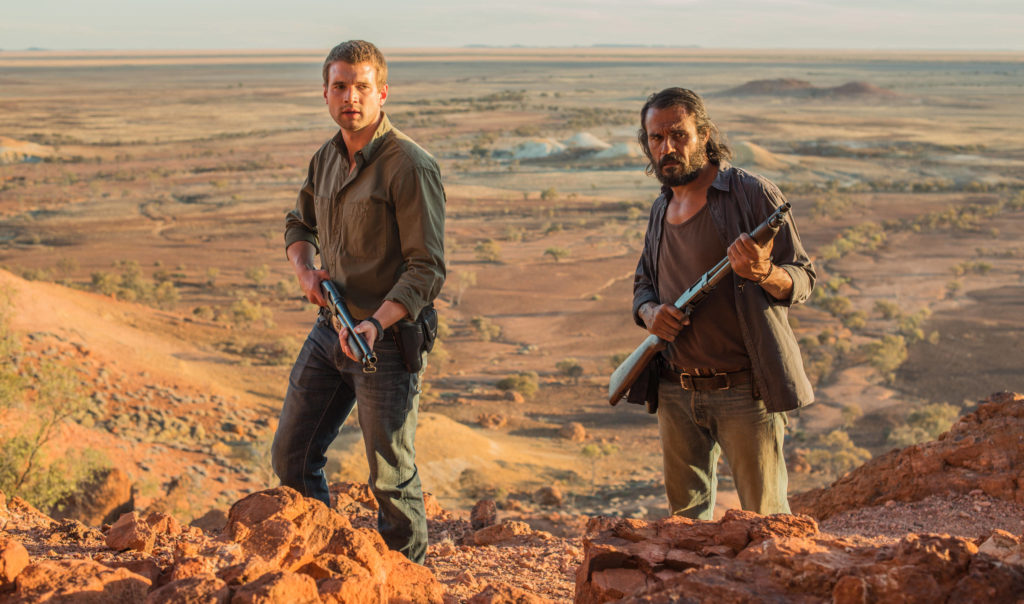 A masterpiece of outback noir that packs a political punch.

Rugged, Indigenous Australian detective Jay Swan is arrested for drunk-driving by rookie local policeman Josh on the desolate road into the mining town of Goldstone. Jay is investigating the disappearance of a Chinese migrant worker, and while Josh is initially reluctant to help on the case, when it becomes apparent that something more sinister is happening in the area, the two men must overcome their differences and work together.

Australian director Ivan Sen’s follow-up to 2013’s Mystery Road is a complex, stylish and tense western that explores Australia’s history, whilst dealing with key contemporary issues. Like its predecessor, Goldstone is intelligent and thought-provoking cinema.

Writer/director Ivan Sen has combined two genres uncommon to Australia, to deliver one classic film no Australian should miss. ★★★★★ – The Guardian

Sen’s unique accomplishment, unequalled in contemporary Aussie cinema, is his daringly idealistic intention and crystal clear success at balancing the demands of contemporary genre filmmaking with, in this case, the ongoing hot-button issues of Aboriginal relations (Sen is himself of mixed Indigenous/European heritage), human trafficking, the human greed behind corporate corruption and cultural destruction. – read the complete Variety review

Please note there is no film on 15 February.

A sweet but never saccharine French comedy about three misfits who bring out the best in each other.

Julien Rappeneau’s enchanting directorial debut is a warm, witty and impeccably performed comedy about a random encounter that has unexpected and far-reaching consequences. Thirty-something Vincent Machot is a hairdresser whose life rotates around work, his overbearing mother and a womanising cousin constantly trying to set him up. But one morning Vincent experiences a powerful déjà-vu when he meets the gaze of a grocery store clerk, Rosalie Blum.

And so begins a search to uncover the truth behind their connection. With its themes of altruism, forgiveness and the value of compassion, Rosalie Blum is a timely reminder of the best that French cinema has to offer.

Based on the graphic-novel trilogy by French artist Camille Jourdy.

A joy! Fresh and engaging.  A feel-good film which combines humour and eccentric touches with surges of genuine emotion. Light and life-affirming. – Hollywood Reporter

A short Irish film, Nice Night For It, will be shown before the feature. 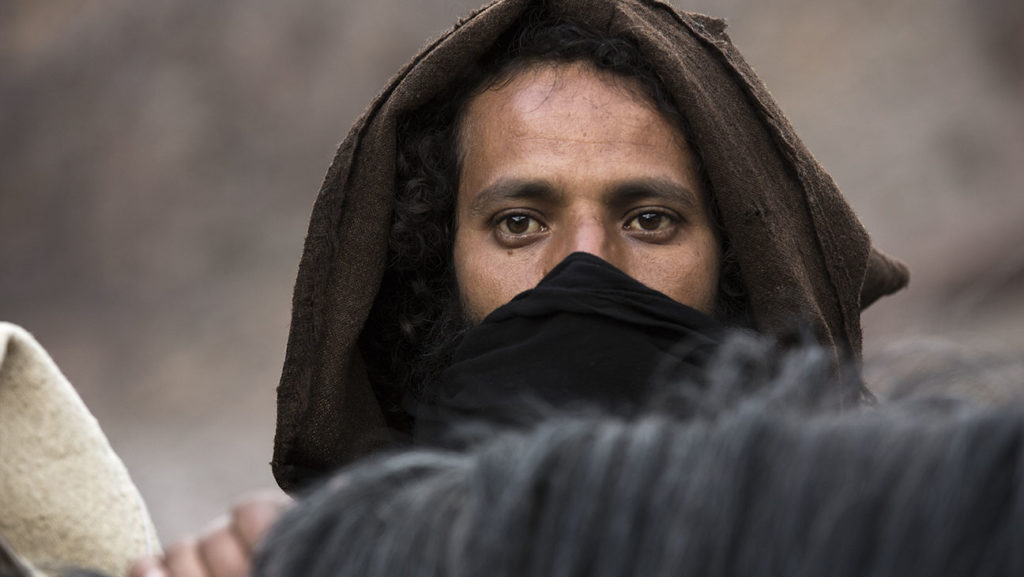 ***CANCELLED***  ST. JOHN’S COLLEGE IS CLOSED ON THU 1 MARCH DUE TO WEATHER CONDITIONS. THIS SCREENING IS CANCELLED.

Winner of the Critics Week Grand Prize at the Cannes Film Festival.

Oliver Laxe’s stunning new ﬁlmis a breathtakingly-shot Western that follows a mysterious caravan as it escorts an elderly and dying Sheikh trough the Moroccan Atlas Mountains. His last wish is to be buried with his loved ones. But death does not wait.

Without their leader, the company grows fearful. And at the foot of a mountain pass, they refuse to continue, entrusting the body to two men who agree to carry on and bring it to its ﬁnal destination. But who are these men? And do they really know the way?

In another world, a mysterious young man is chosen to find the caravan.

A short Irish film, The Tatoo [15 minutes], will be shown before the feature. 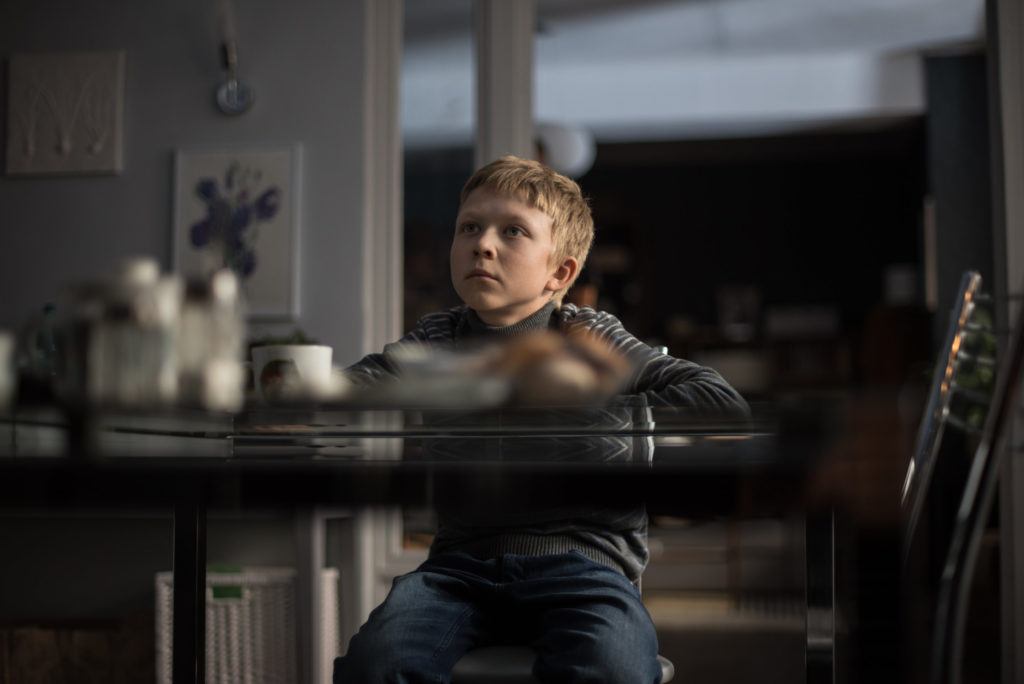 Russian director Andrei Zvyagintsev has produced another masterpiece in this apocalyptic study of a failed marriage and the subsequent disappearance of a child.  ★★★★★ – The Guardian

The latest from the director of Leviathan profiles a family torn apart by a vicious divorce, in which the parents are more interested in starting their lives over with new partners than tending to their 12-year-old son.

Among the snowy high-rises of modern Moscow lives stocky salesman Boris and Zhenya, a youthful salon owner. Having migrated to shiny new partners, the couple’s relationship is coming to a bitter end and the fate of their 12-year-old son Alyosha is the last thing on their minds. When Alyosha goes missing without a trace, his parents can barely grieve in unison.

This pristine and merciless new film begins out in the cold, and its temperature just keeps dropping from there. ★★★★★ – The Telegraph

Living in Russia is like being in a minefield. – Read The Guardian interview with the director 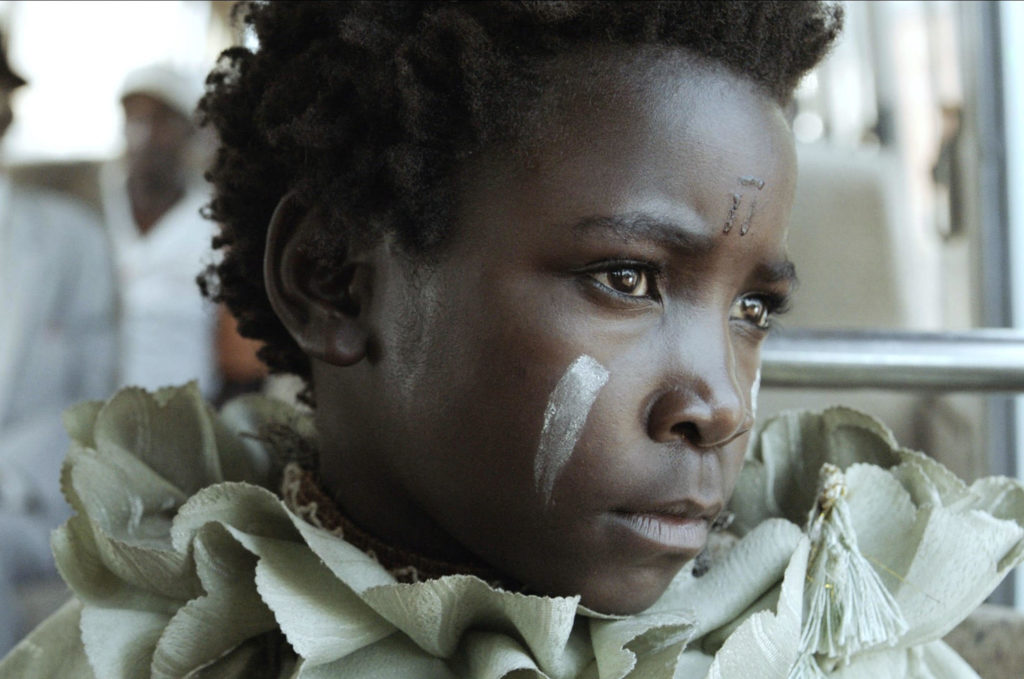 Zambian-born, Welsh-reared director Rungano Nyoni is set to make her mark on British cinema with her ground-breaking first feature. Sharply satirical and boldly provocative, the film garnered incredible praise from audiences and critics alike at the Cannes 2017 Directors’ Fortnight.

When eight-year-old Shula turns up alone and unannounced in a rural Zambian village, the locals are suspicious. A minor incident escalates to a full-blown witch trial, where she is found guilty and sentenced to life on a state-run witch camp. There, she is tethered to a long white ribbon and told that if she ever tries to run away, she will be transformed into a goat. As the days pass, Shula begins to settle into her new community, but a threat looms on the horizon. Soon she is forced to make a difficult decision – whether to resign herself to life on the camp, or take a risk for freedom. At times moving, often funny and occasionally surreal, I Am Not a Witch offers spellbinding storytelling with flashes of anarchic humour. Audacious and unforgettable, it showcases Rungano Nyoni as a fresh and fearless new voice in British film.

A short animated Irish film, Deposits, will be shown before the feature.