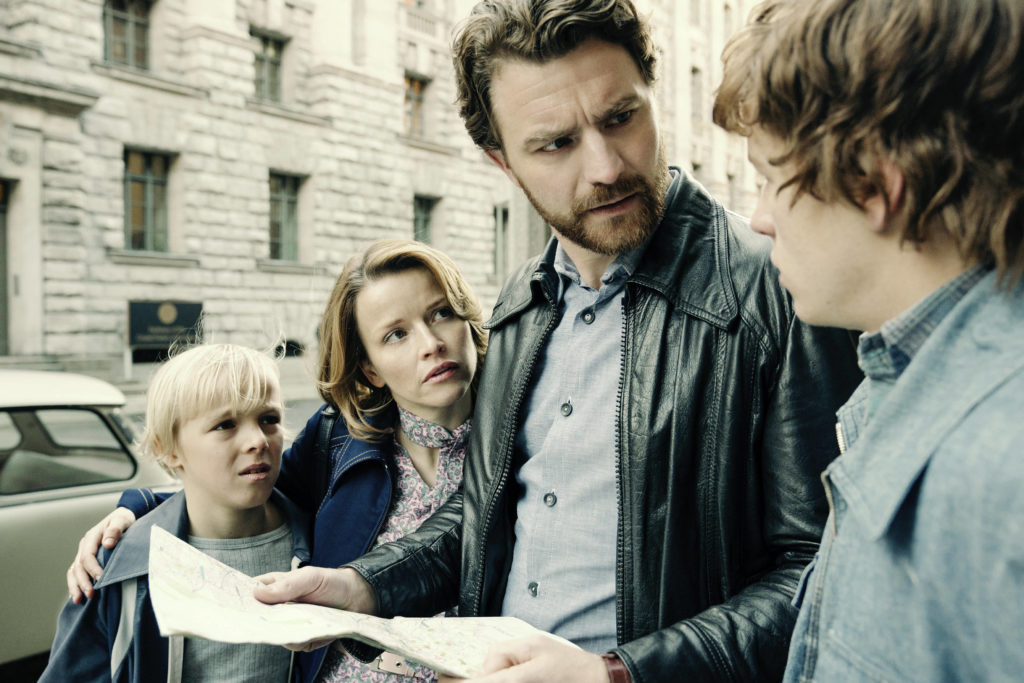 Based on true events in East Germany, 1979. Two families resolve to build a homemade hot air balloon to escape the oppressive Cold War regime and carry them to freedom.  A nerve-racking battle against the clock begins.

Electrician Peter and his bricklayer friend Günther can no longer bear the oppressive Cold War regime under which they live and want to provide a better future for their families. The two men and their wives come up with a daring plan:  They resolve to secretly build from scratch a homemade hot-air balloon which will carry them and their families over the border to freedom.

They need favourable weather conditions to ensure that the balloon can transport them safely. But the Stasi has learned of a possible escape attempt and start to close in. The families may not be able to wait any longer to pull off their dangerous plan.  A nerve-racking battle against the clock begins.