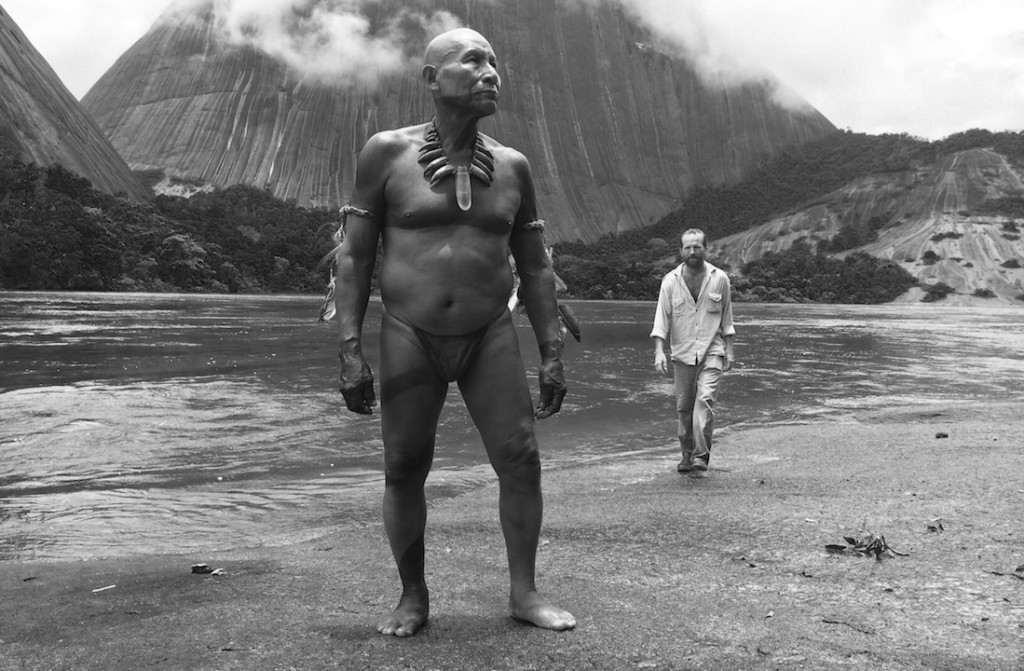 At once blistering and poetic, the ravages of colonialism cast a dark shadow over the Colombian landscape in the third feature by Ciro Guerra. Filmed in stunning black-and-white, the film centres on an Amazonian shaman and the last survivors of his people, and the two scientists who, over the course of forty years, build a friendship with him. The film was inspired by the real-life journals of two explorers who travelled through the Colombian Amazon during the last century in search of the sacred and rare psychedelic Yakruna plant.

Click here to read  The Guardian review. ★★★★★  ‘Embrace of the Serpent is the type of film we’re always searching for, yet seems so obvious once we’ve found it.’ 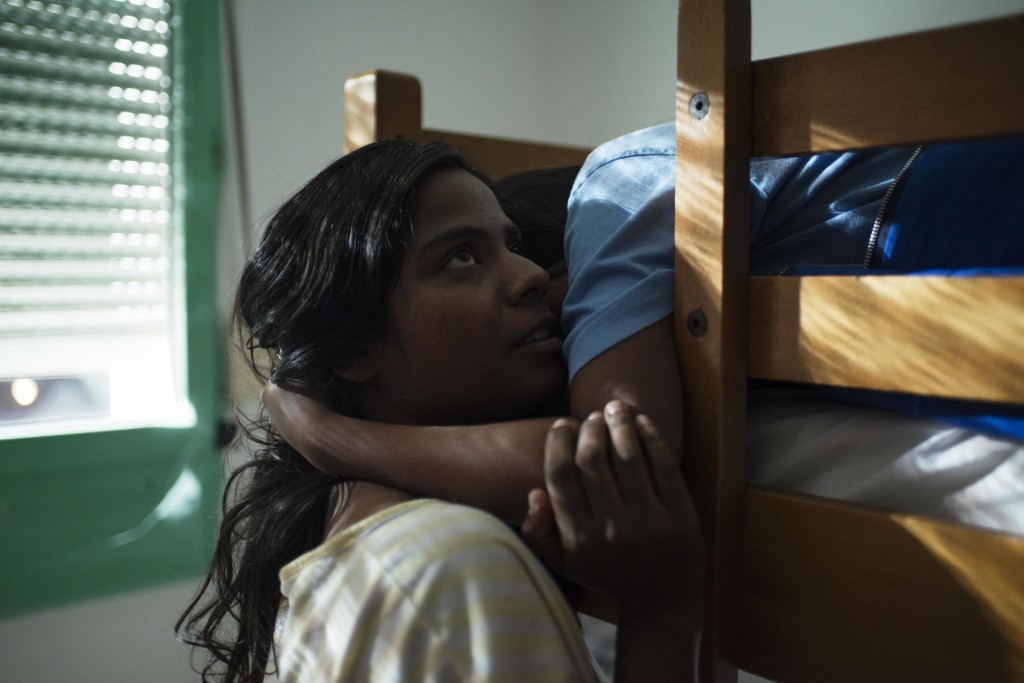 Winner of the Palme d’Or at the 2015 Cannes Film Festival, the new film from acclaimed director Jacques Audiard (A Prophet, Rust & Bone) is a gripping, human tale of survival. On the losing side of a civil war in Sri Lanka, a Tamil soldier poses as the husband and father of two other refugees in order to escape their ravaged homeland. Arriving in France, the makeshift “family” sets about establishing a new life, only to find themselves once again embroiled in violence on the mean streets of Paris. A heartrending saga of three strangers united by circumstance and struggle, Dheepan is both a tour-de-force thriller and a powerful depiction of the immigrant experience.

Click here to read The Telegraph review.  ★★★★ ‘a compelling snapshot of immigrant life…digs into your soul’

Click here to read The Irish Times interview with the director. ‘rare that a picture looks to have ripped its subject from the headlines’ 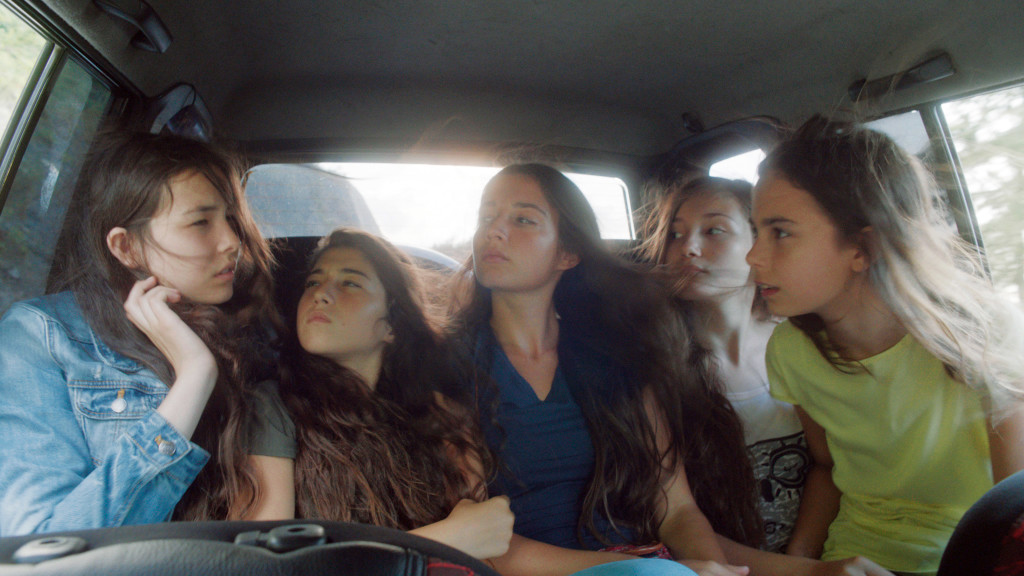 Five Turkish adolescent sisters have their freedoms unjustly stripped from them in the Turkish-French director Deniz Gamze Erguven’s understated feminist drama. The word Mustang  conjures vivid images of bands of wild horses roaming the untamed American West, their manes flying and their defiant spirits resistant to being broken. Those qualities also fit the five young sisters in this intimate drama, whose independence and burgeoning sexuality prompt their alarmed guardians to sequester the girls in a systematic campaign to break their unity and tame them into traditional female roles.

Click here to read The Telegraph review.   ★★★★ ‘Mustang isn’t about the girls’ oppression; it’s about their heroic response to it.’ 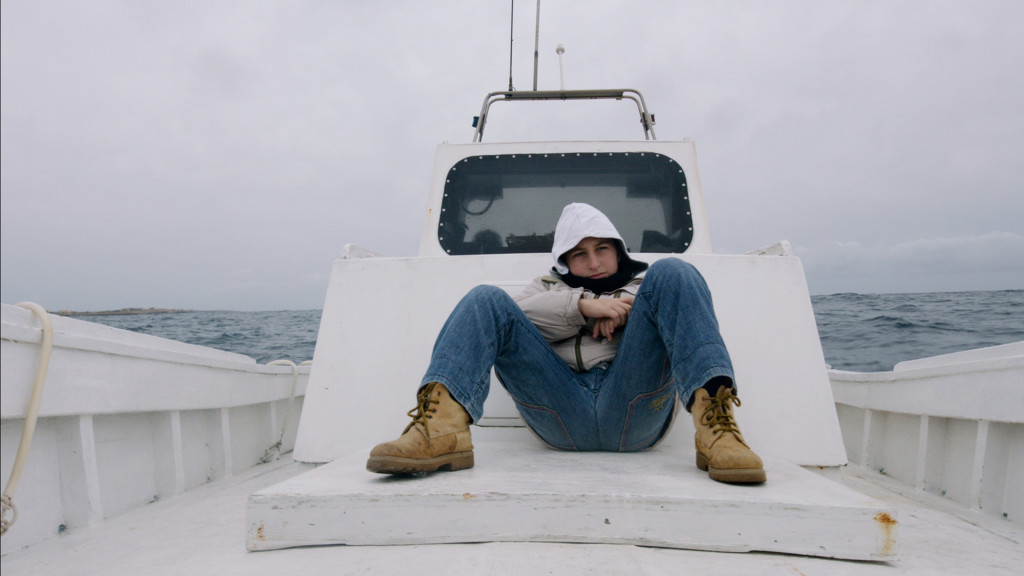 Winner of the Golden Bear for Best Film at the Berlin Film Festival 2016, Gianfranco Rosi’s incisive, poignant and deeply-moving portrait of the Mediterranean Island of Lampedusa – and the humanitarian crisis occurring in the seas around it – is both a masterly work of documentary filmmaking and a timely call for urgent action.

Situated 150 miles south of Sicily, Lampedusa has hit the headlines as the first port of call for hundreds of thousands of African and Middle Eastern refugees hoping to make a new life in Europe.  After spending months living on the island and engaging with its inhabitants, Rosi accumulated an incredible array of footage, portraying the history, culture and daily lives of the islanders.  Focusing on 12-year-old Samuele as he explores the land and attempts to gain mastery of the sea, the film slowly builds a breathtakingly naturalistic portrait of the Lampedusan people and the events that surround them.

The result is a lyrical, poetic, and searingly powerful documentary that casts neither judgement nor aspersions, but simply shows the world to the viewer – to utterly devastating effect.

‘The Berlinale jury got it right. Gianfranco Rosi’s documentary about the migrant crisis in Europe engages deeply with a key topic of our time, but also displays a distinctive, humane cinematic style.’ – The Guardian ★★★★

‘Gianfranco Rosi’s multi-award-winning film details life on the Italian island of Lampedusa, where death comes ashore with frightening routine…a visceral call to arms from those left to ferry the corpses.’ – The Irish Times ★★★★ 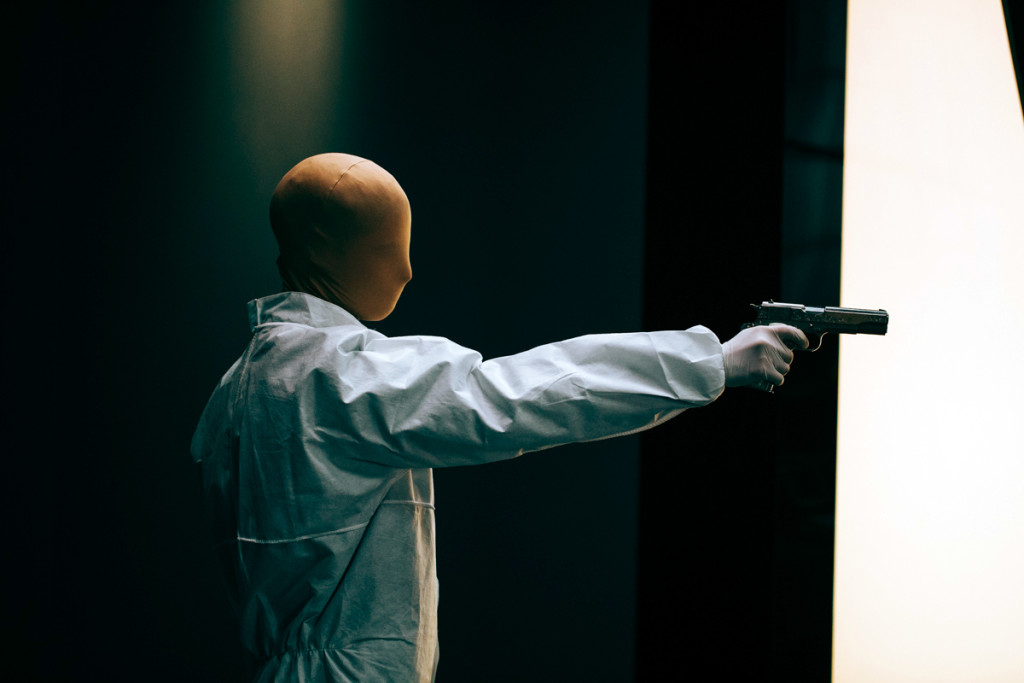 The feature debut by celebrated German video artist Omer Fast is a striking, stylish adaptation of English novelist Tom McCarthy’s landmark 2005 novel. Set in London, the narrative kicks off when the anonymous protagonist (Tom Sturridge) is struck by a large object plummeting from the sky. When he comes to, he has no recollection of what happened, and a reparations settlement nets him millions of pounds. The man channels these resources toward creating preposterously ambitious reconstructions of his own dim memories, in the process raising a host of questions about the relationship between reality and simulation, the minute details essential to our perception of places and events, and the limits of artistic monomania. Fast, who has explored similar themes in his own work, adapts McCarthy’s idea-packed novel with lucidity and wit, and Sturridge is mesmerizing as an existential hero searching the void for a trace of meaning.

‘a clever, chilly amnesia headscratcher full of ideas and images guaranteed to lodge somewhere in your cranium’ – The Guardian 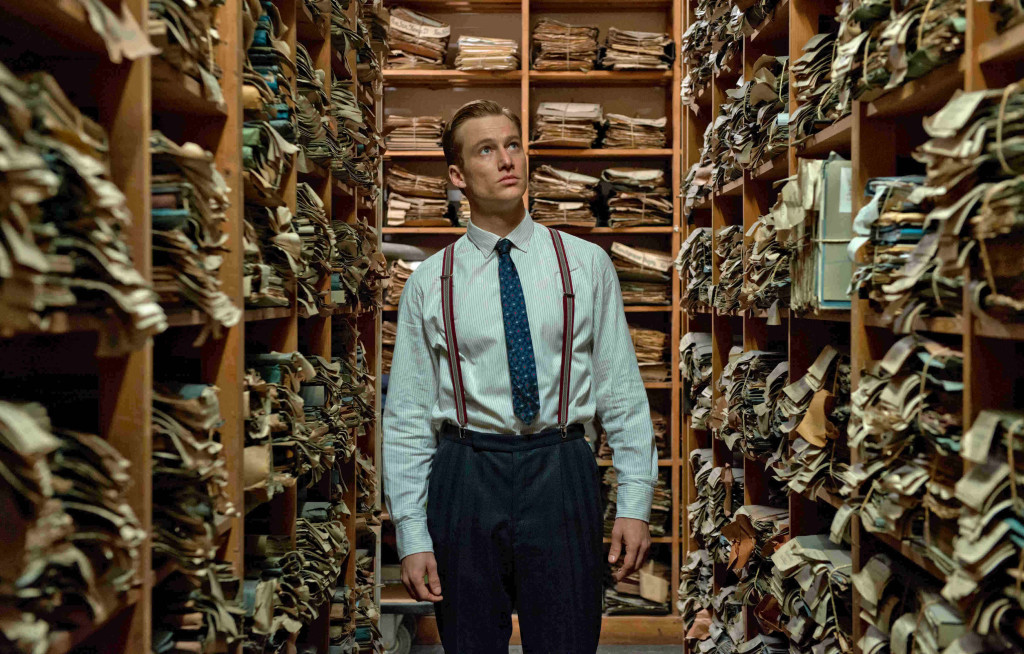 Giulio Ricciarelli’s compelling feature debut set in 1958 Germany shines light on an often-overlooked period when the country was in denial about its war crimes. Labyrinth of Lies approaches the subject using the fictional young prosecutor Johan Radmann (an amalgamation here of several real-life lawyers). Radmann is idealistic and ambitious, eager to prove that he can take on more than traffic violation cases.

After receiving a tip-off, the tenacious young man slowly unearths key documents that provide evidence of the war crimes that occurred at Auschwitz. But as his efforts to bring those responsible to justice encounter resistance, he gradually realises that most of his fellow countrymen are either unaware of or unwilling to acknowledge the atrocities committed.

‘A fascinating account of how a dense fog of nationwide amnesia was dissipated by the relentless pursuit of justice.’– Variety

‘A chilly, disquieting study of a society in a state of denial until the truth is bared.’ – The New York Times

Gummi (Sigurdur Sigurjónsson) and Kiddi (Theodór Júlíusson) are brothers. They have both dedicated their lives to tending sheep and their farms are next door to each other. But they have not spoken in more than forty years, a feud that has reduced any necessary communication between them to be carried out via written messages delivered by Kiddi’s dog.

However when one of their sheep contracts a contagious disease, the livelihood of the brothers and the entire rural community they are a part of comes under threat. Can the brothers set aside their differences under the circumstances?

Writer-director Hakonarson beautifully captures the tragicomic plight of the brothers against the stark beauty of the Icelandic valleys to deliver a charming and moving drama. 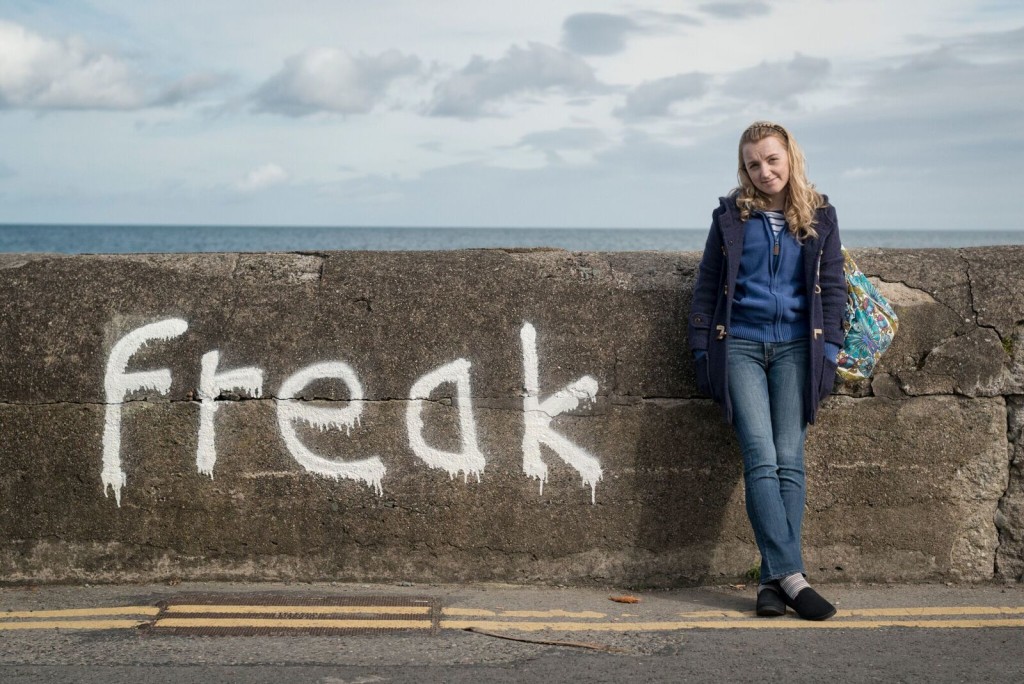 Shortly after his short film ‘The Sound of People’ premiered at the Sundance Film Festival in 2008, the Irish director Simon Fitzmaurice was diagnosed with motor neuron disease, the debilitating disease for which the viral ice-bucket challenge raised awareness.  Now completely paralysed, Fitzmaurice typed the script for My Name is Emily, as well as his best-selling book ‘It’s Not Yet Dark’ through the movement of his eyes and iris recognition software.  This is also how he communicated to direct the film during its six week shoot.

It’s Emily’s 16th birthday and for the first time in her life, she doesn’t receive a birthday card from her dad.  After meeting a fellow outsider at her new school, Emily and her handsome ally, Arden, decide to embark on a road trip adventure across Ireland to find her missing father.  They are an odd couple, this pale girl and the boy in the velvet suit, and along the way, they find love as well as some hard and unexpected truths. 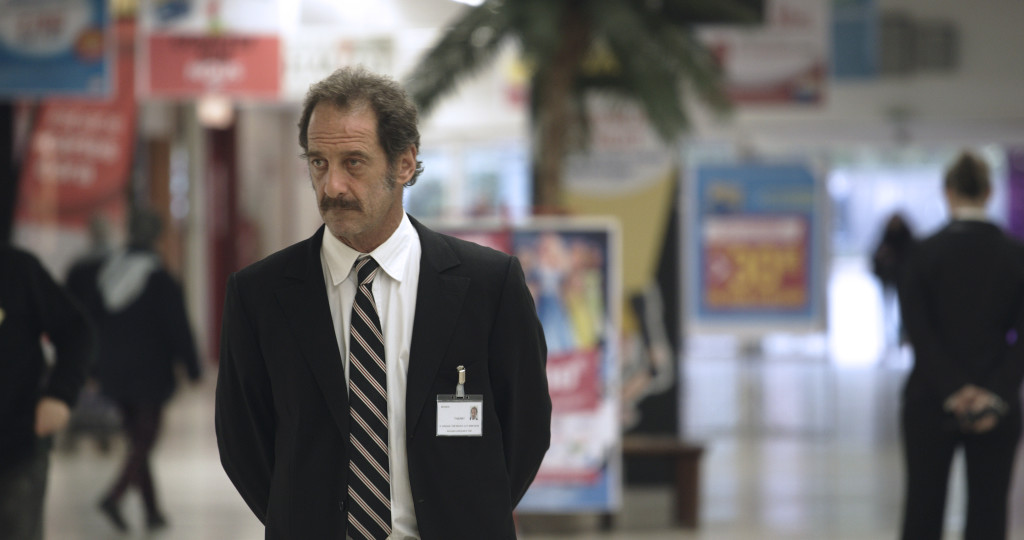 Vincent Lindon deservedly scooped Best Actor at Cannes for his moving portrayal of a middle-aged man grappling with unemployment whilst trying to maintain his self-respect and integrity.

Thierry (Lindon), a principled middle-aged man, has been unemployed for over a year. He doesn’t want to rely on state handouts like many of his former co-workers, instead preferring to continue looking for work, so that he can provide for his family honestly.

After a lengthy and often humiliating search, he finally gets a security job at a local supermarket. But Thierry finds himself constantly struggling to negotiate between his conscience and the demands of his new position.

Similar in tone to recent Dardenne brothers’ films, Stéphane Brizé’s low-key but powerful social drama hinges on Lindon’s quiet yet emotionally gripping performance; the rest of the cast are non-professionals which adds a further layer of naturalism and poignancy.

tough and compassionate – The Guardian ★★★★

It may be a hard film to watch at times, but with Lindon’s great performance at its center, it is one from which you cannot look away.  – Roger Ebert.com ★★★★ 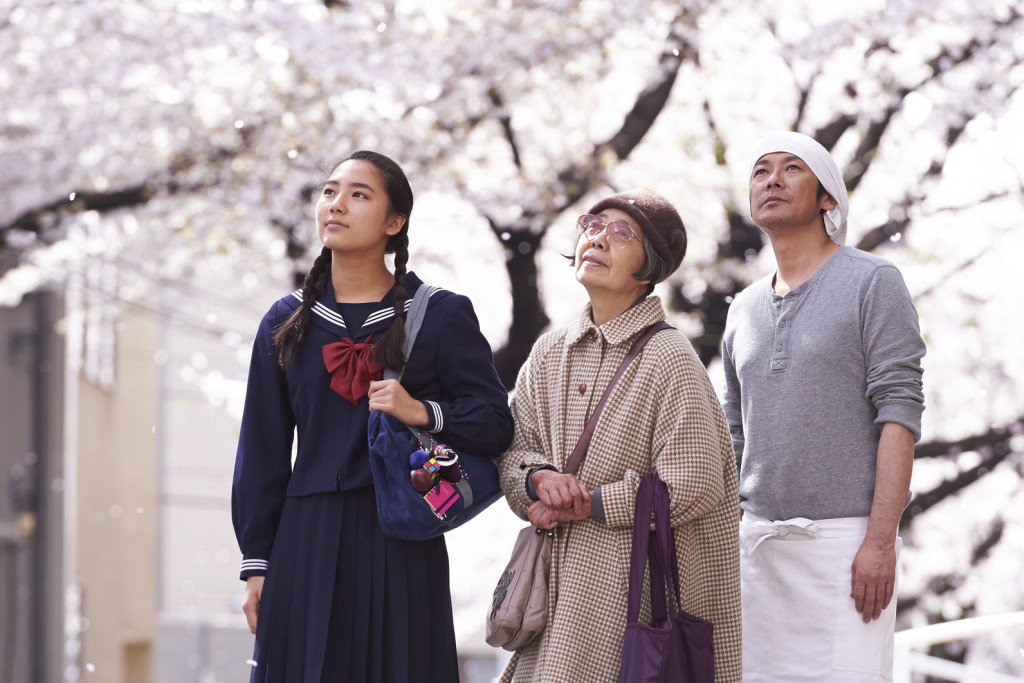 We are very honoured that Mr. Yuichi Yamada, First Secretary, Press and Cultural Affairs, Embassy of Japan in Ireland, will attend the screening as a special guest of Cork Cine Club and introduce the film.

A lonely baker’s life and business are reinvigorated when he hires an elderly woman with an uncanny culinary skill and a mysterious communion with nature, in this graceful, quietly moving drama from Japan’s Naomi Kawase.

Adapted from the novel by Durian Sukegawa, the film by is a graceful ode to the invisible essences of existence — to the beauty and joy we can discover once we learn to listen to nature and feel the life that is coursing through and all around us.   Compassion and hope triumph over heartbreak in this quietly moving drama.

The movie, beautifully shot and acted, earns its ultimate sense of hope by confronting real heartbreak head-on, and with compassion – The New York Times Critic’s Pick

A movie about food and the joys of a good day’s work. – RogerEbert.Com