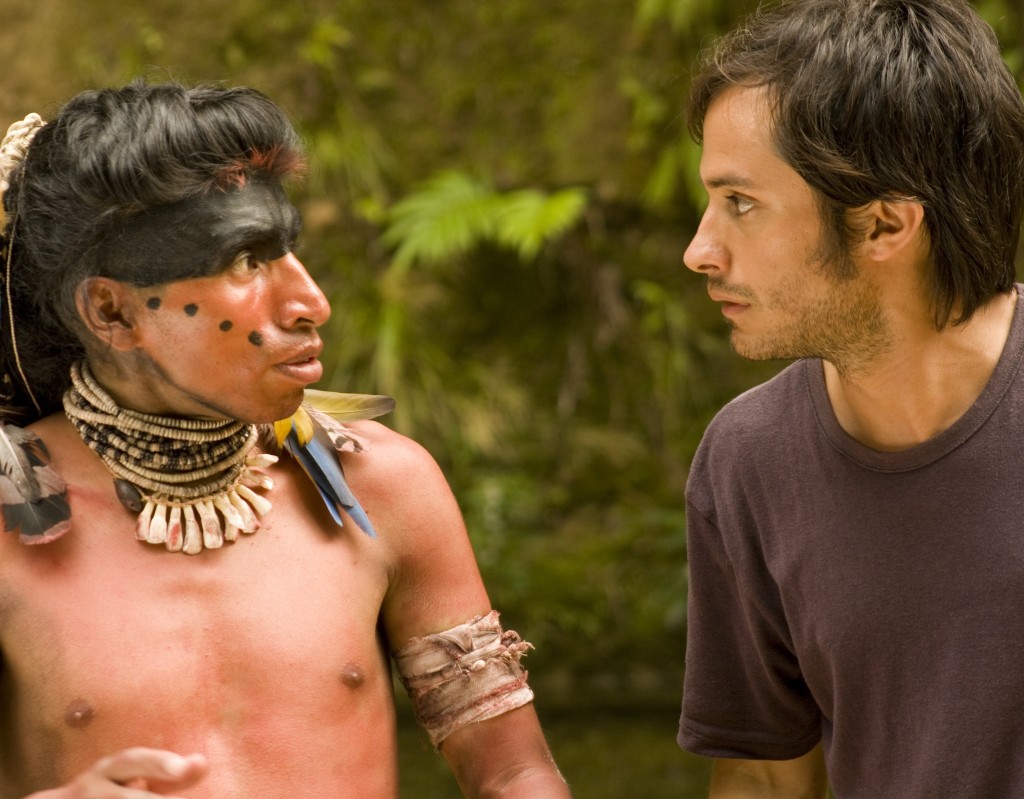 Even The Rain  |  Tambien la Lluvia

Gael García Bernal (Amores perros) stars as film director Sebastian who, along with his hard-nosed producer Costa (Luis Tosar), sets out to make a revisionist drama about the Spanish conquest of the Americas. Costa has decided to shoot in Bolivia, because it’s the cheapest place in South America. Sebastian casts a local man, Daniel, as the Taíno chieftain who led a rebellion against the Spaniards. Unbeknownst to the director, Daniel is leading his community’s demonstrations against the government’s decision to privatise water. As the filming progresses, the two stories – the 1512 rebellion and the twenty-first-century riots – cleverly serve to underline the impact of colonialism on the New World and the continuing exploitation of its resources by outsiders. This engrossing and multi-layered film-within-a-film is scripted by Ken Loach-collaborator Paul Laverty (Looking for Eric, The Wind That Shakes the Barley) and directed by Icíar Bollaín (Take My Eyes). – Sydney Film Festival 2012 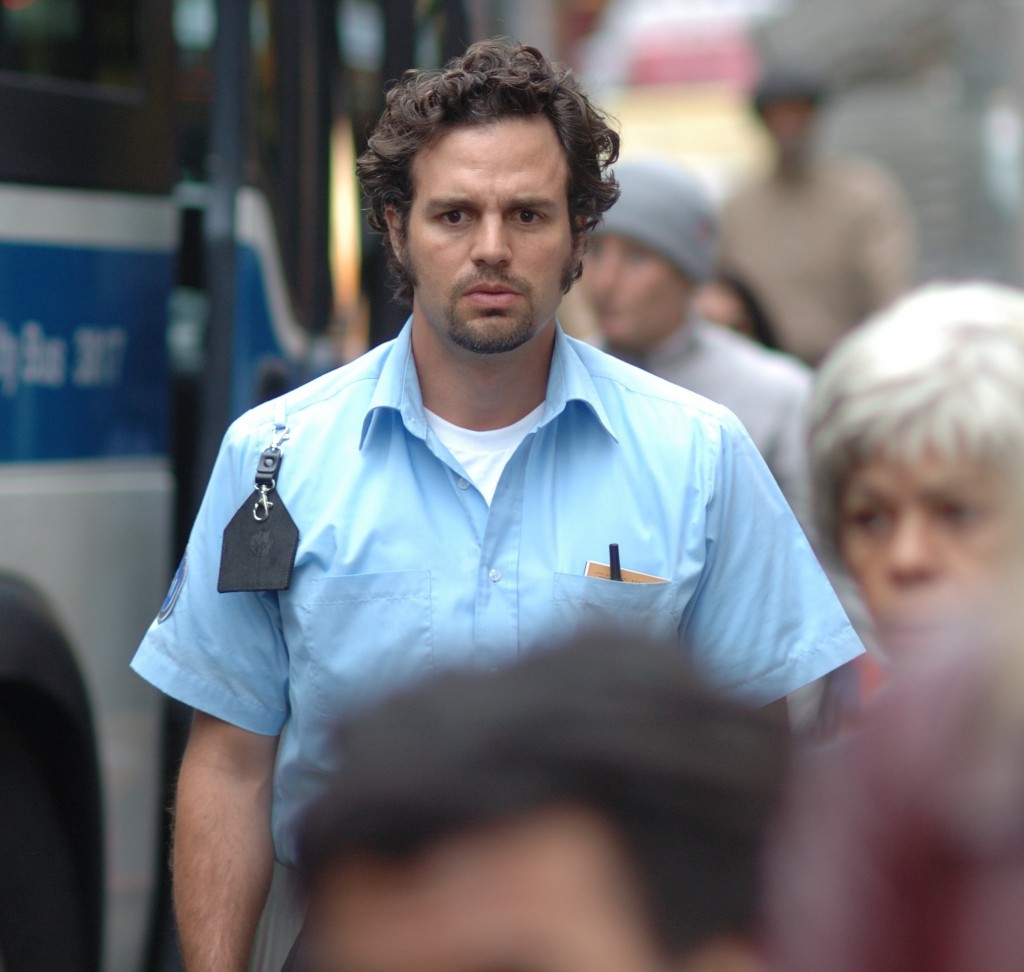 They’re calling this the movie that never had a chance. Writer-director Kenneth Lonergan shot Margaret in 2005, but his struggles to achieve a final cut (with help from Martin Scorsese), plus contractual difficulties, delayed the release till late in 2011.
What a shame. Margaret, for all its flaws, is a film of rare beauty and shocking gravity. Anna Paquin, pre-True Blood, gives a stellar performance as Lisa Cohen. One day, Lisa walks alongside a bus whose driver (Mark Ruffalo) wears a hat she covets. Their flirting leads him to run a light and kill a pedestrian (Allison Janney), who lies bloody and broken in Lisa’s arms.
Margaret, a title taken from a Gerard Manley Hopkins poem, resonates with loss felt deeply by New Yorkers in the shadow of 9/11. For Lisa, it inspires a crusade to connect. She reaches out to the victim’s militant best friend (Jeannie Berlin in an award-caliber performance), then to a teacher (Matt Damon) who takes advantage, and then to a lawsuit that she hopes will bring the driver to justice. What Lisa can’t find is closure. Seek it out. You can thank me later. – Peter Travers / Rolling Stone Magazine 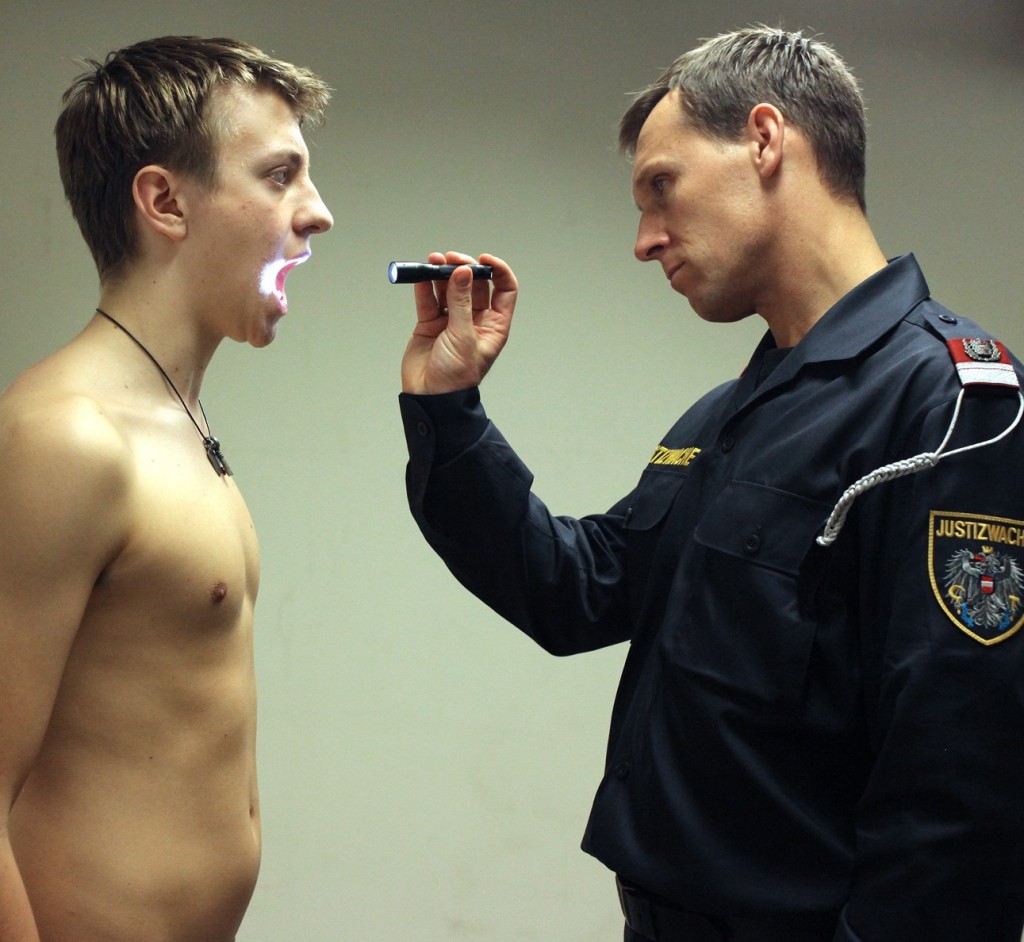 Breathing is a brilliantly nuanced portrayal of youthful rebellion and the struggle to build a constructive future from a disadvantaged start in life. 18-year-old Roman is serving time in a juvenile detention center and attempting to find gainful employment that could earn him release on probation. His chances are poor as he doesn’t have family and doesn’t respond well to the punitive and judgemental authority figures who surround him. He slowly works towards an unexpected redemption in a challenging job as an undertaker’s assistant leading to a newfound interest in his estranged family. – Leeds International Film Festival 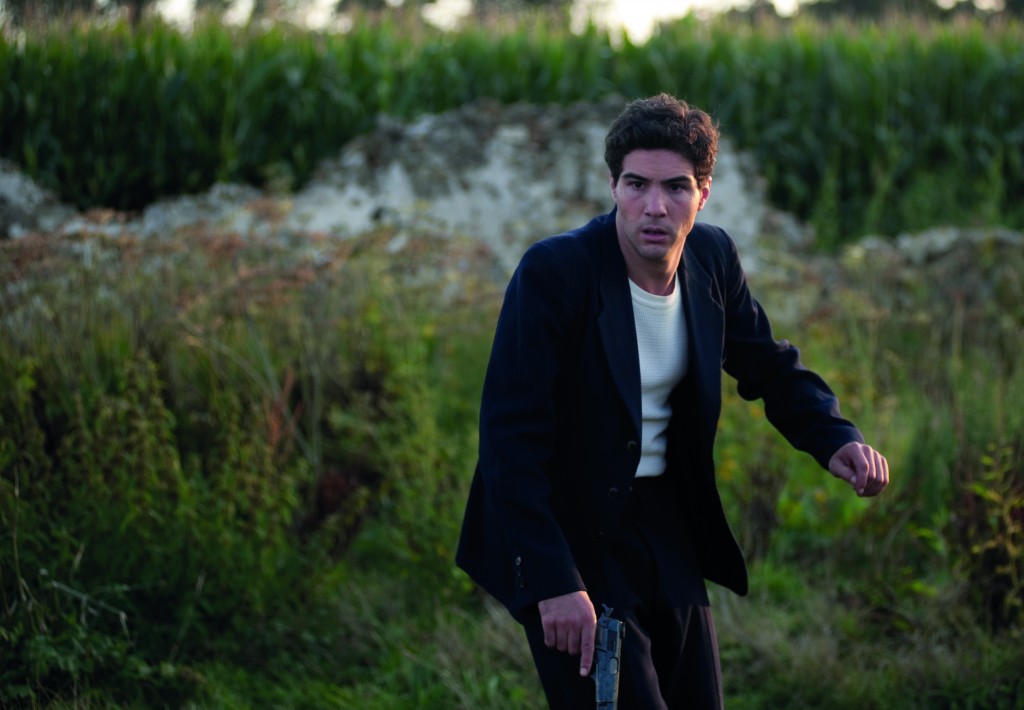 Unemployed Algerian immigrant, Younges (Tahar Rahim) survives in 1942 Paris by working as a black marketeer, but like all who exist in such a precarious environment, he’s living on borrowed time. When the law finally catches up with him, he’s given the choice of prison or spying on the inhabitants of a local Mosque who are suspected of harbouring Jews and resistance fighters and passing them off as Muslims.

A born survivor, Younges initially works both sides, becoming a useful go-between for the Gestapo and the Mosque. But with the passing of time, events conspire to transform this hitherto apolitical cynic into a dedicated freedom activist who realizes that for change to occur he must, for the first time in his life, take a stand. – Alliance French Film Festival 2012 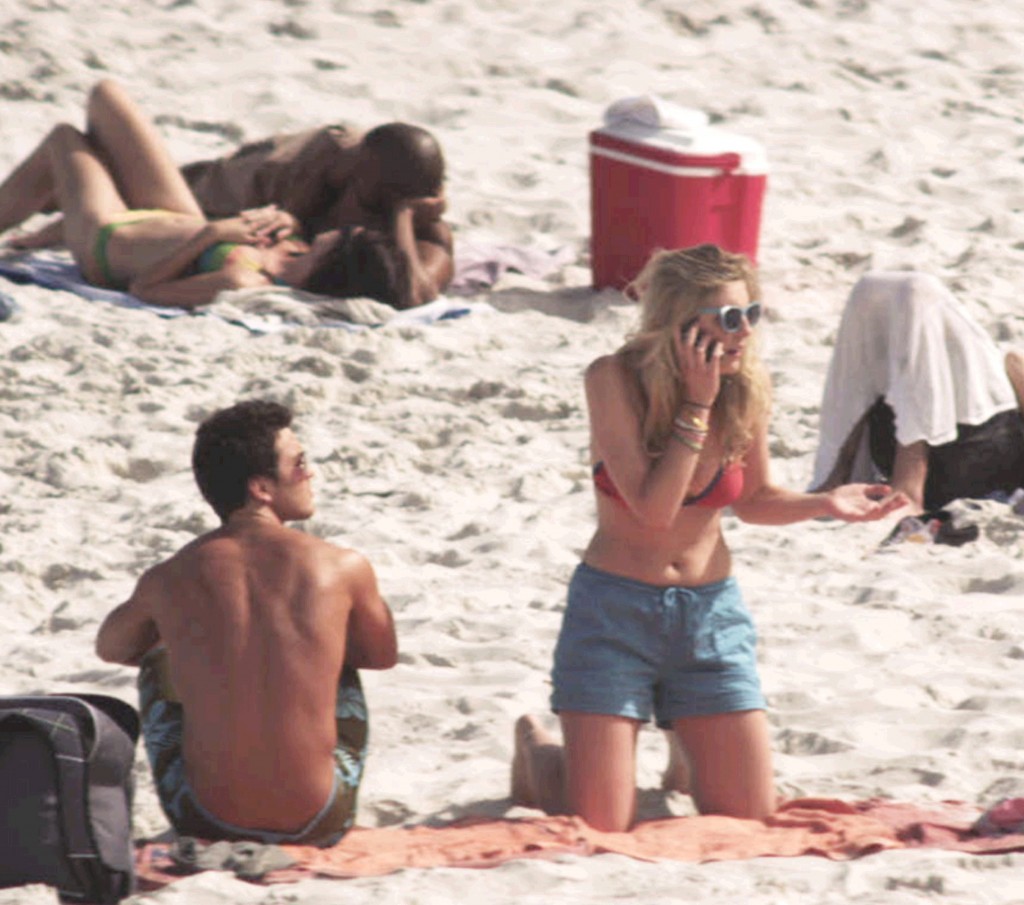 Beauty opens with a tracking shot through a wedding reception until the camera eventually stops to linger on a good-looking young man. The point of view is that of the father of the bride, François (Deon Lotz). The young man is Christian, the son of François’ oldest friend.

The voyeurism of the opening scene evolves as François begins to stalk Christian, gazing in on his relatively carefree life, unshackled by South Africa’s past. With a minimal script and long shots, director Hermanus enters François’ quiet desperation as it slowly turns to frustration, finally unshackling the rage at the heart of his alienation.

Much of the film focuses on François’ unchanging expression, which doesn’t give Lotz a lot to play with as an actor. Still he turns in a powerhouse performance, at once tense, heart-rending and repulsive in a devastating film that uses sexuality as a metaphor for South Africa’s fractured dysfunction. – Brian Finnegan, Editor of GCN 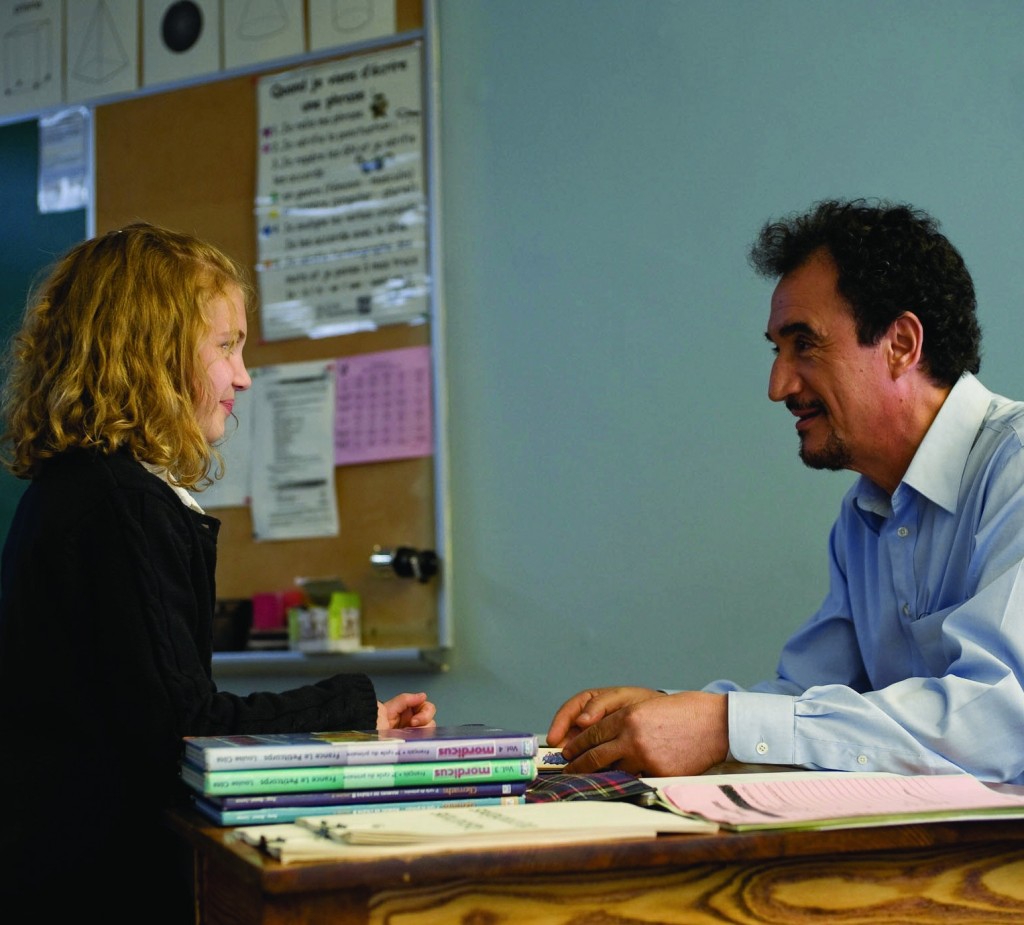 After a Montreal elementary school teacher commits suicide one night after class, she is replaced by Bachir Lazhar (Fellag), an Algerian immigrant seeking political refuge in Quebec. As Lazhar introduces traditional teaching methods to his new class, he begins to develop close relationships with two of his pupils: a boy traumatized by his discovery of the former teacher’s body, and a girl whose interpretation of the event provokes unforeseen revelations. Produced by the team behind the Academy Award-nominated Incendies and directed by veteran filmmaker Philippe Falardeau, Monsieur Lazhar is one of the most acclaimed Québécois films of the last decade and Canada’s submission for the 2011 Academy Award for Best Foreign Film. – Toronto International Film Festival 2012 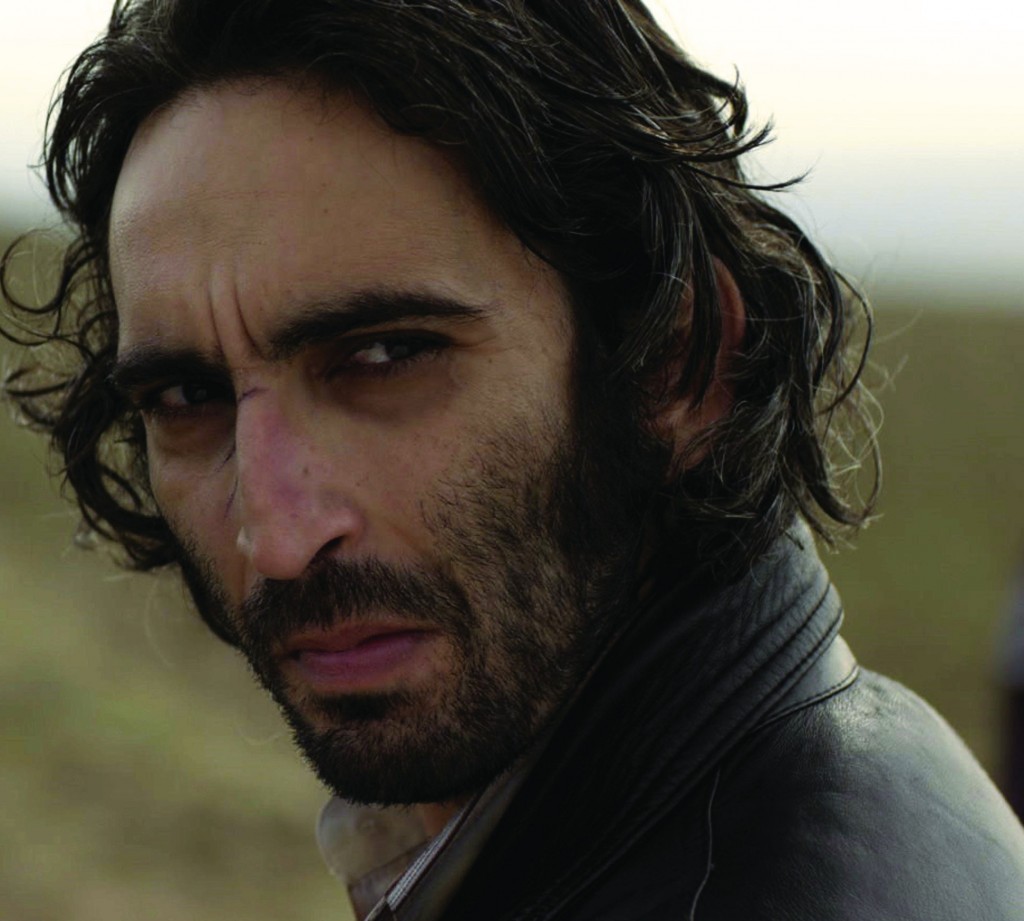 ONCE UPON A TIME IN ANATOLIA – Thu 22 November, 8pm

Once Upon a Time in Anatolia   |  Bir Zamanlar Anadolu’da

The new film from Turkish master Nuri Bilge Ceylan offers a radically revisionist take on the police procedural. In the stark Turkish countryside, a murder has been committed and a man has confessed; all that remains is for him to lead the police to the body. As the killer and a police escort venture out into the night on their grisly mission, it eventually becomes clear that the confessed murderer cannot locate the resting place of his victim; yet as night passes into day and time stretches out, it becomes apparent that small clues are being planted, whether we realize it or not. A Kafkaesque mystery from one of the most acclaimed contemporary filmmakers, Once Upon a Time in Anatolia slowly reveals its grand design like a masterful game of chess. – Toronto International Film Festival 2011

Read The Washington Post review of  “this Turkish delight”.  **** 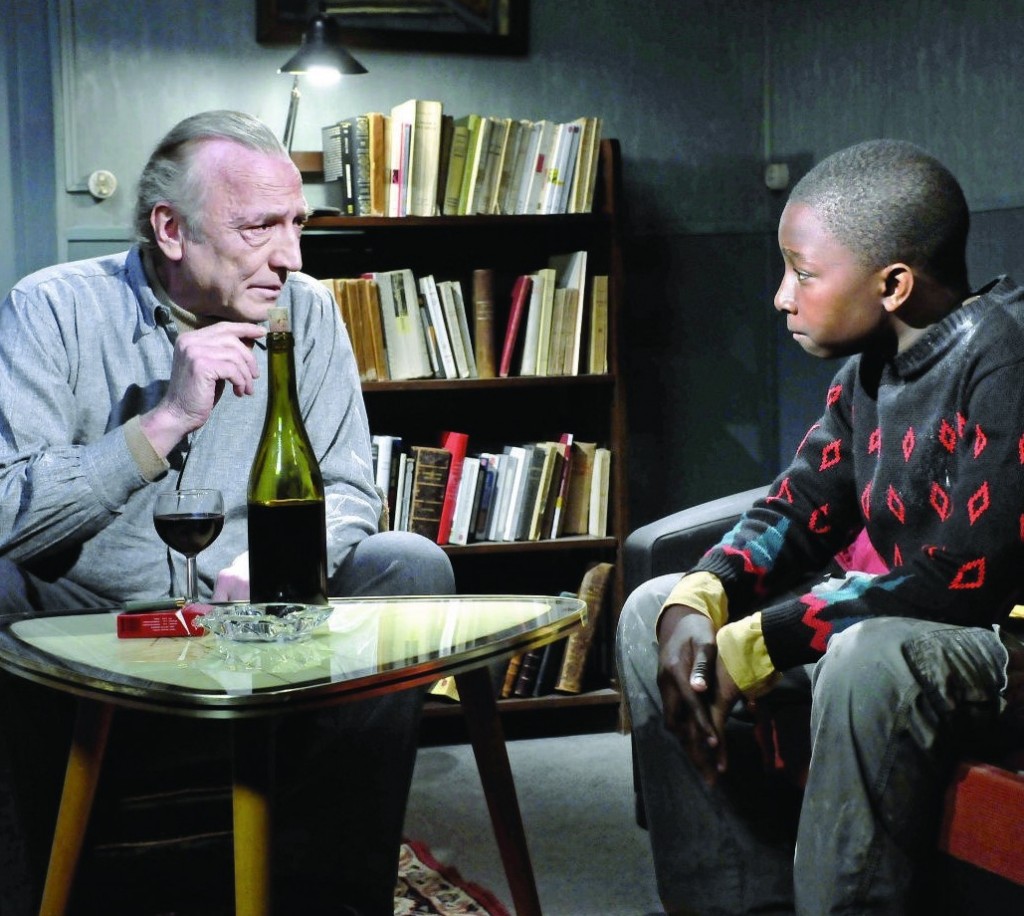 Marcel Marx, an aging bohemian artist has retreated to the French port of Le Havre and taken up work as a shoeshine man — a profession with a limited future, as everyone seems to be wearing running shoes. One day, Marcel befriends Idrissa, a young African immigrant hoping to make his way to England in a shipping container with other illegals. Marcel is determined to extend a helping hand to the wide-eyed boy, but the law, in the form of Inspector Monet, is equally determined to stand in his way. An intricate dance of hide-and-seek ensues, Marcel using all his ingenuity to hide Idrissa while the nefarious Monet keeps hot on the trail. No other contemporary filmmaker manages to blend deadpan, ironic humour with social commentary in quite the same manner as Finnish master Aki Kaurismäki.Pierre Étaix plays the doctor in Kaurismäki’s film. – Cork French Film Festival 2012 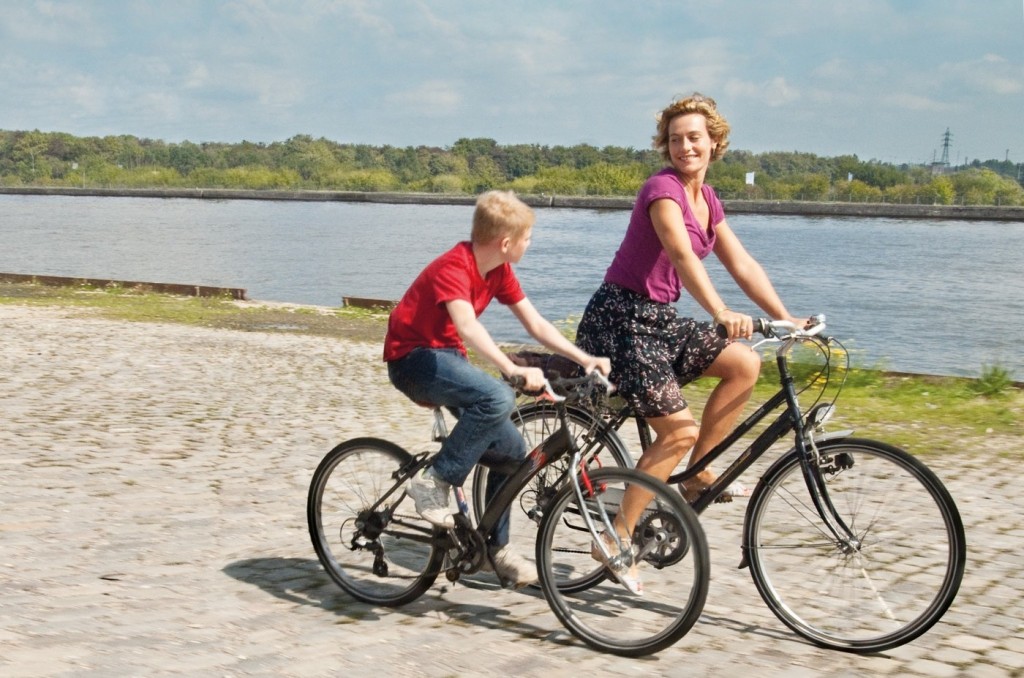 The Kid With A Bike  | Le gamin au vélo 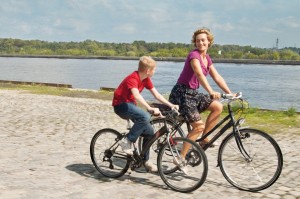 Eleven year-old Cyril (Doret) tries to find his father, who has abandoned him to a care home, and retrieve his precious bicycle. During the search he clings to hairdresser Samantha (de France) who agrees to foster him at weekends. Yet Cyril won’t give up on his father. Or trouble.  In outline it sounds trite — a disenfranchised kid is turned around by a kindly stranger — but the Dardennes’ make it so much more. Raw but compassionate, naturalistic but compelling. If you’re looking to get into the Dardennes, this is a great place to start. – Empire Magazine