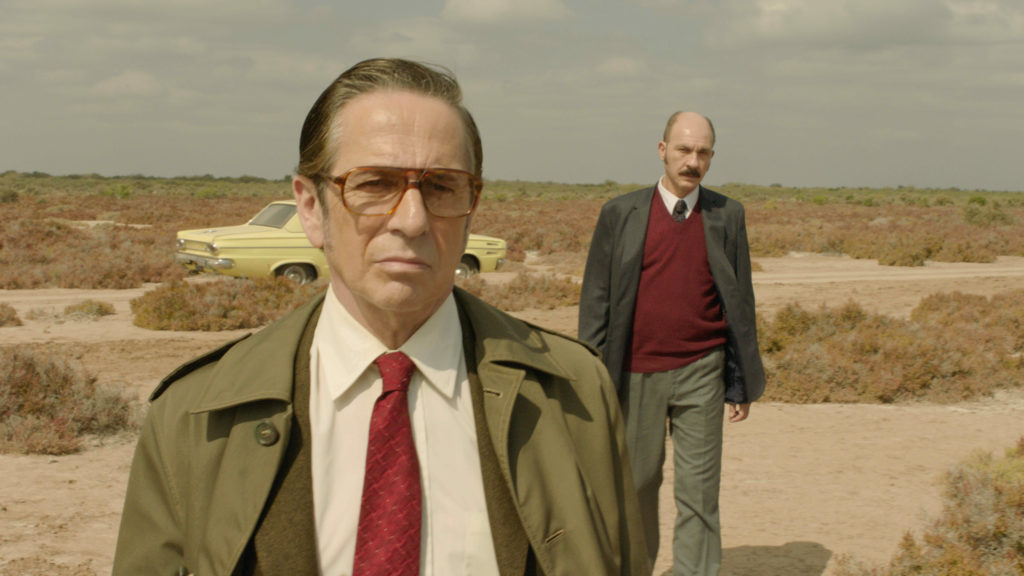 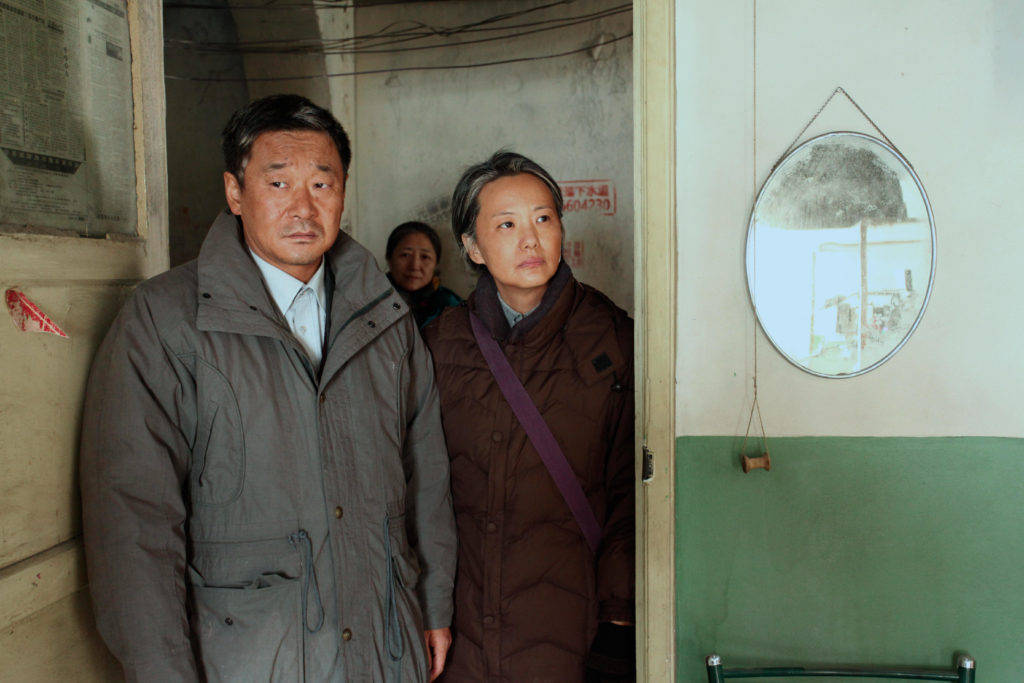 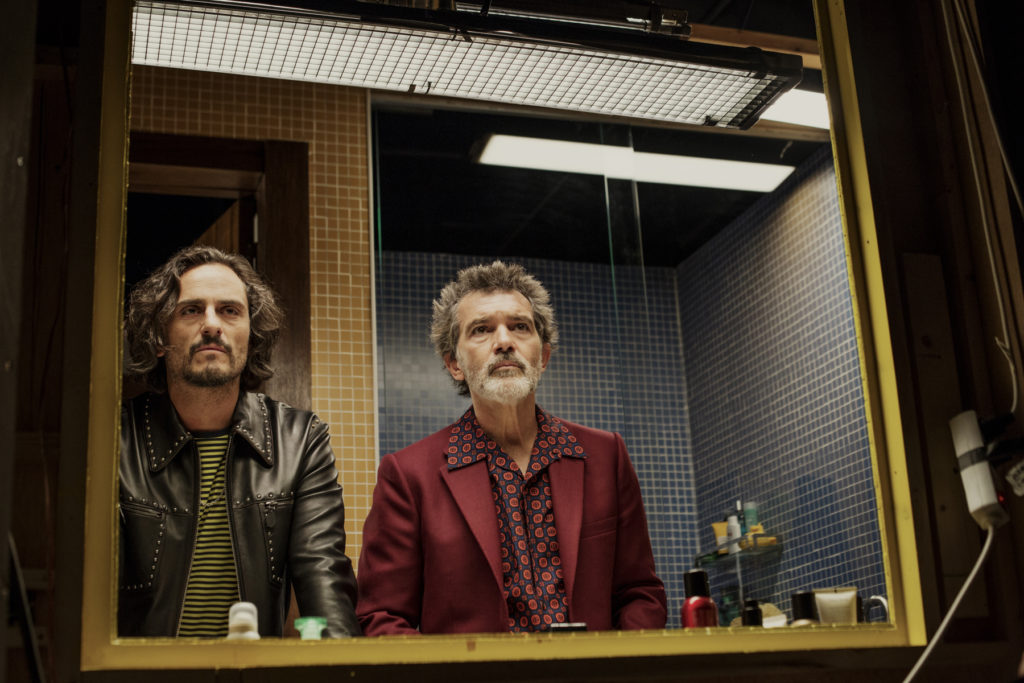 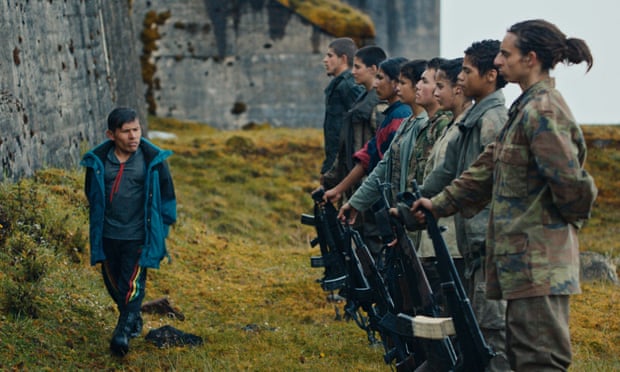 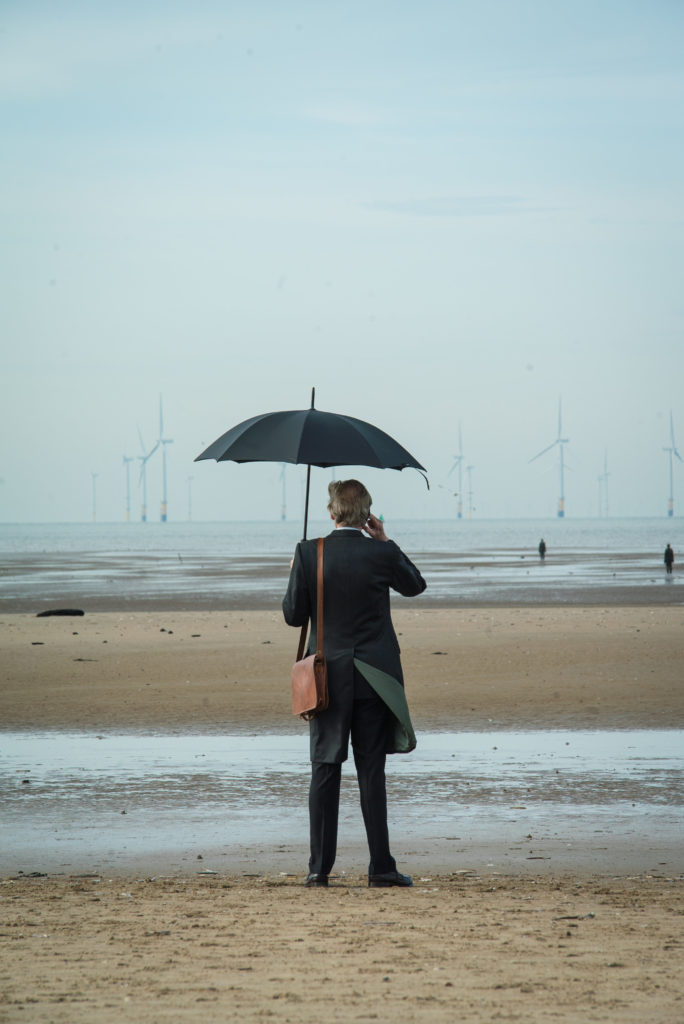 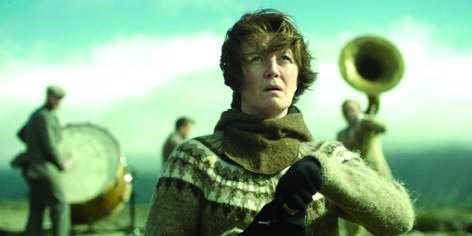 A music teacher leads a double life as an environmental warrior/industrial saboteur in this jet-black comedy.  An intelligent, feel-good film that manages to tackle urgent global issues with humour.

Meet Halla, a music teacher in her forties. She is a happy, upbeat woman who leads a quiet and routine life. But unbeknown to most she is also ‘The Mountain Woman’: a lone wolf environmental activist who disrupts the operations of an aluminium plant in the Icelandic highlands, by cutting power supply and damaging pylons in acts of industrial sabatogue.

As the authorities intensify their campaign to catch her, she receives an update on a long forgotten adoption application and learns she has been matched with a four-year-old girl in the Ukraine. Can she reconcile this with her crusade to protect her homeland from big industry or will her efforts destroy her chances of finally becoming a mother?

A huge showcase for Halldóra Geirharðsdóttir, who brings grit, determination, and quiet charisma to every scene. An engaging curiosity and an absolute joy. – The Irish Times

Amid the jet-black comedy of Woman at War, which takes as its catastrophic subject matter the despoliation of planet Earth, there is a warmth, wit and wisdom that transcend national and cultural boundaries, making this a truly universal treat. – The Guardian ★★★★

The pride, pain and desperation of an educated African refugee family in France is portrayed with compassion and a sharp edge.  For the college professor at the heart of this searching film, his loss of dignity is the most bitter pill.

Abbas, a college professor and father of two, seeks political asylum in France after fleeing the civil war that has raged in the Central African Republic since 2013. Widowed when his wife died in attempting to escape the country with him, he has since met Carole, who consoles him in his anguish at the French immigration system.

Two years of waiting finally elicit a response from the authorities. Everything he holds dear, including his hopes for both his future and those of his children, lie in their decision. Compelling performances from both lead actors, while director Haroun masterfully contrasts the intimacy of human relationships with the cold bureaucracy of a vast, impersonal system.

A deeply felt, compassionate film about refugees who find that one of their bitterest abasements is the loss of dignity and status. – The Guardian ★★★★

A jolting drama with the most shocking scene of the year. – The Irish Times ★★★★

The film builds toward an explicit condemnation of Europe’s handling of the refugee crisis, encouraging the viewer’s fury at the family’s forced circumstances. – The New York Times

Warm and subtly heartbreaking, offering a moving vision of life for those stuck in legal and emotional limbo. – The Hollywood Reporter 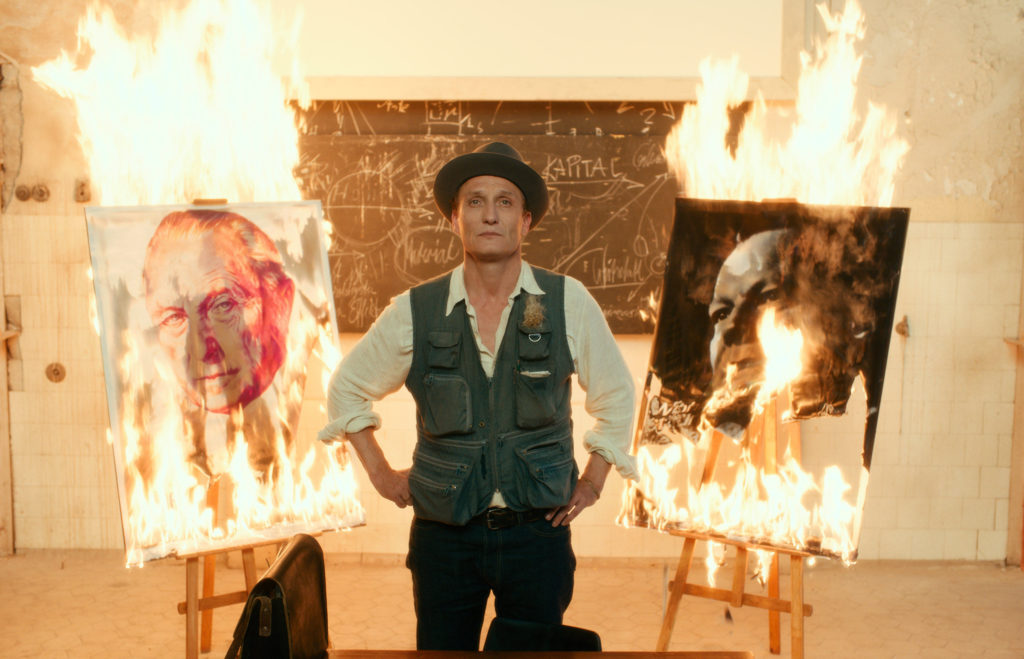 Event cinema!  We are showing this Oscar-nominated film in two parts on one night, starting at 6pm.  There will be a 20-minute interval during which we’ll serve wine and a nibble. Total running time including the interval is 3 hours and 35 minutes.

Florian Henckel von Donnersmarck (The Lives of Others, 2006) returns with an Oscar and Golden Globe-nominated drama about individuals caught up in the sweep of German history. Loosely based on the formative years of the world-renowned painter Gerhard Richter, Never Look Away is an intergenerational tale of love, sorrow, art and politics from Nazism through to the Cold War.

In 1937, at the Nazi Party notorious “degenerate art” exhibition in Dresden, a small boy named Kurt’s passion for art is ignited. Years later, in Communist East Germany, Kurt enters art college where he falls in love with fashion student Ellie, unaware that her father has a devastating secret and is determined to end their relationship.

Click here for The New Yorker magazine interview with the director.

An ambitious, compelling film. – The Independent ★★★★★

An undeniably enjoyable, absurdly long potboiler gets by on delicious sweep and epic voluptuousness. – The Irish Times 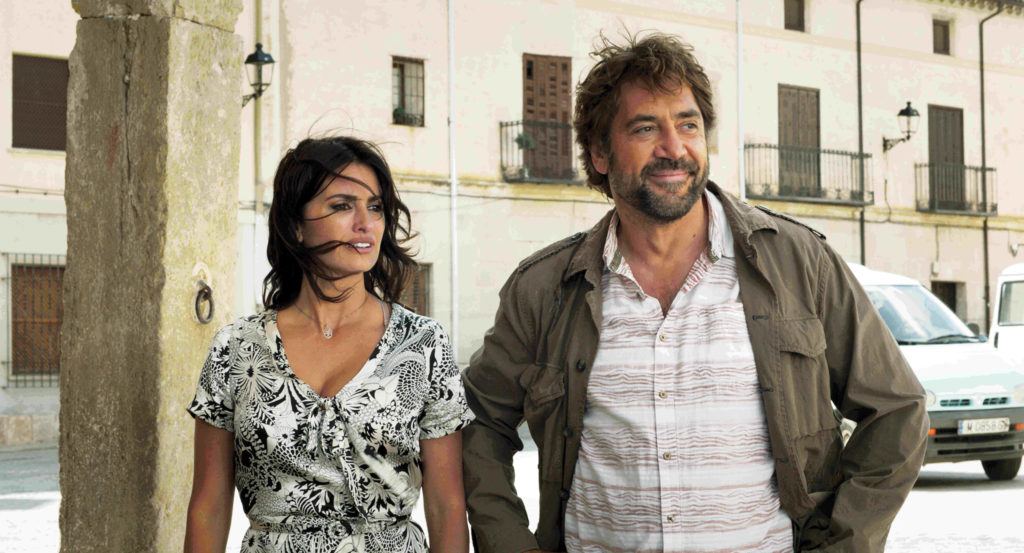 Laura (Cruz) returns to Spain with her children for her sister’s wedding. There she is reunited with her former lover Paco (Bardem) now happily married and running a successful vineyard on land once owned by Laura’s family. Whilst Laura’s husband, Alejandro (Ricardo Darín) stayed behind in Argentina, an old rumour of her jilting Paco reignites. Moreover, within Laura’s family, resentment simmers over the manner in which Paco acquired the vineyard.

A seething mystery unfurls as secrets, lies and unhealed wounds spanning generations are brought to light. Everybody Knows is an unforgettable portrait of love, loss, and betrayal.

This is Iranian auteur Asghar Farhadi’s eighth feature and his first in Spanish.

Explores the unhealed wound at the heart of a Spanish family with pitiless efficiency and sheer muscular flair…the performances are so intelligent, mature and yet uninhibited…Farhadi’s storytelling has overpowering force. – The Guardian  ★★★★

The characters, observations and performances make this film shine. – The Independent ★★★★★ 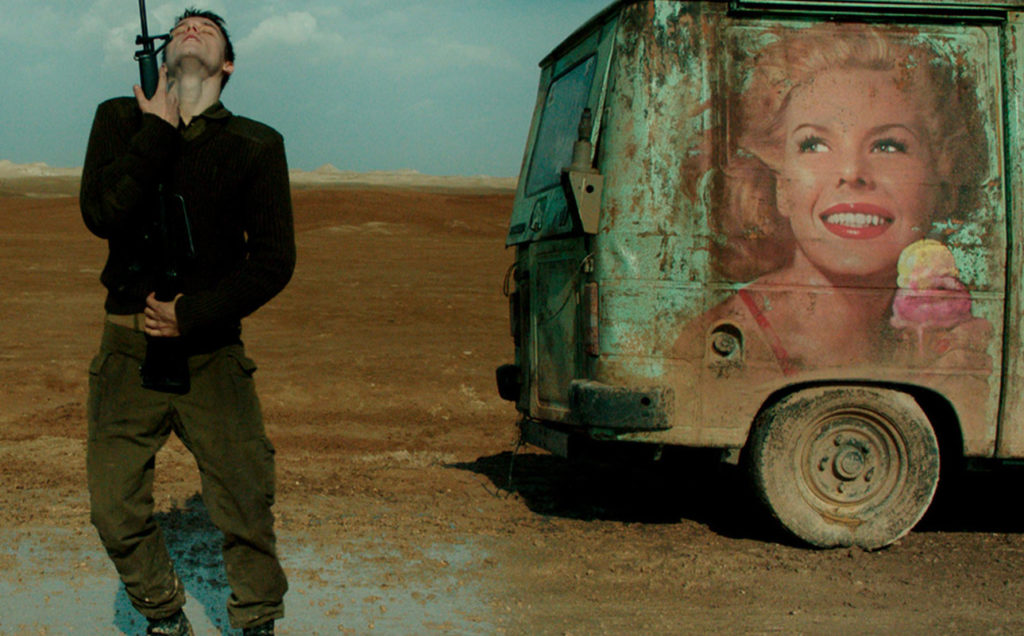 A rallying cry against war that charts the story of an Israeli family who are forced to confront difficult truths when they receive shocking news from their son’s desolate military checkpoint.

Michael and Dafna Feldmann are told that their son Jonathan has died in the line of duty while serving in the Israeli army. As they come to terms with the news and prepare for the funeral, they’re informed that a horrifying mistake has been made. Meanwhile, we get a glimpse into Jonathan’s life manning an isolated checkpoint. He and his colleagues never know what will happen when a car pulls up to the barrier.

This film by Lebanese director Samuel Maoz is an extraordinary, complex drama that is both a visceral exploration of military life and an emotionally raw family drama. A source of controversy in its native Israel, Foxtrot is a film full of anger and sadness, and one that is as deeply personal as it is political.

Surrealism and slapstick combine in an unforgettable masterclass…Every single sequence in this controversial Israeli film is thrillingly unexpected. – The Irish Times ★★★★★

Brilliantly constructed with a visual audacity that serves the subject rather than the other way around, this is award-winning filmmaking on a fearless level. – Variety

Israel’s hottest export of the year lives up to the hype. an intricate, dazzling cinematic dance. – Los Angeles Times