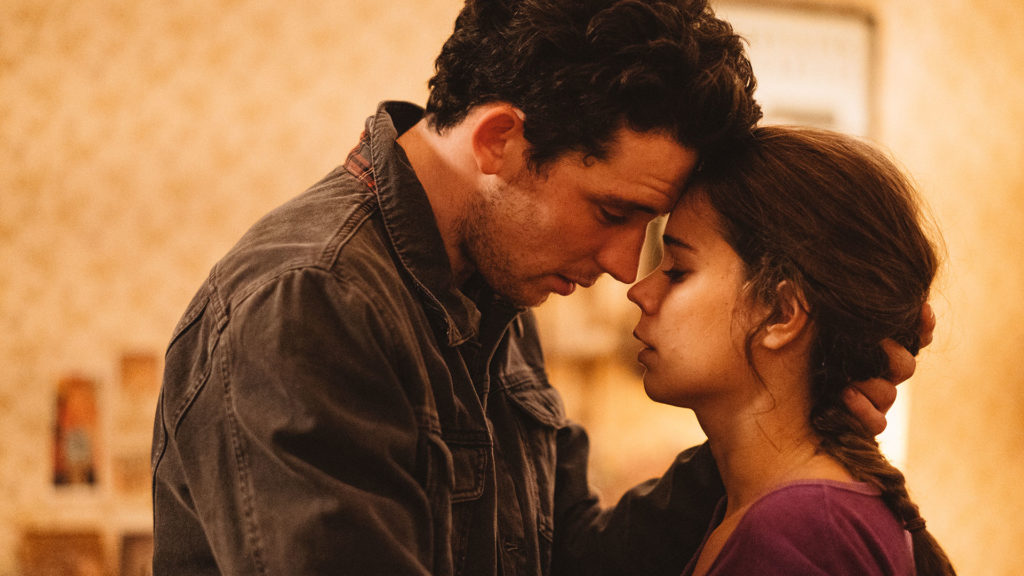 A couple in Glasgow discover that falling in love was the easy part.  This engrossing drama pierces the heart of a relationship with wit, honesty and emotional intimacy.

Elena, 35, and Jake, 26, meet by chance on New Year’s Eve in Glasgow, fighting for the same taxi. But instead of going their separate ways after a shared ride, they start a passionate relationship. Within weeks they are living together, and not long after they talk about starting a family. But as the seasons pass, reality catches up with them. Falling in love was the easy part, but can they remain in love when life doesn’t give them everything they hoped for?

A terrifically engrossing drama about two wholly believable characters, made with the kind of wit, honesty and raw emotional intimacy that pierces right to the heart of their relationship. Vividly rendered, and filled with tangible yearning, it strikes a balance between romantic passion and mundane domesticity, as the skin-prickling attraction of new love is tested by the day-to-day tribulations of real life. A perfectly realised story of love and longing. – The Guardian ★★★★★

A sensual drama chronicles a couple’s desperate race against the biological clock… two powerful performances are at the heart of the film. – The Irish Times ★★★★

The characters’ freshness and the film’s attention to mood and atmosphere reveal plenty of talent in Hary Wootliff, making her debut as a feature director. – The Sunday Times